The idea of rainmaking is almost as old as man, but it was not until 1946 that man succeeded in making rain. In ancient times, rainmakers had claimed to bring rain by many methods: dancing, singing, killing various kinds of living creatures (including humans) , and blowing a stream of water into the air from a kind of pipe.

More recently, some rainmakers claimed to make rain by shooting guns, causing explosions, or burning chemicals, the smoke of which was supposed to cause rain to fall. These rainmakers asked for as much as 1,000 dollars to make an inch of rain. One was so effective that he was almost hanged. He was believed to have caused a twenty-inch rain in southern California that flooded the land, killed several people, and did millions of dollars' worth of damage.

Before 1946, rainmakers were either liars or honest people who happened to have good luck. Scientific rainmaking was started in that year by Vincent J. Schaefer, a scientist at the laboratories of the General Electric Company in New York State. His success was the result of a lucky accident that changed years of failure into victory.

For a long time, men have understood where rain comes from. Water from the surface of oceans and lakes becomes part of the air, where it forms clouds from which rain falls. But exactly what starts the formation of raindrops was not known until quite recently. A man named John Aitken proved that drops of water gather around tiny bits of dust or other matter. The centers of the drops are so small that the human eye cannot see them. Without such centers, it seems, raindrops do not form.

During World War II, Dr. Irving Langmuir, a scientist, was hired by the General Electric Company to study how and why ice forms on the wings of airplanes. He and a young assistant named Schaefer went to a mountain in the state of New Hampshire, where snowstorms are common and cold winds blow.

While in New Hampshire, Langmuir and Schaefer were surprised to learn that often the temperature of the clouds surrounding them was far below the freezing point, and yet ice did not form in the clouds. After the War, Schaefer experimented with a machine that created cold, moist air similar to the air found in clouds. To imitate the moist air of a cloud, Schaefer would breathe into the machine. Then he would drop into the freezer a bit of powder, sugar, or some other substance. For weeks and months he tried everything he could imagine. Nothing happened. No crystals of ice were formed. None of the substances would serve as the center of a snow crystal or raindrop.

One July morning, Schaefer was dropping in bits of various substances and watching the unsuccessful results. Finally, a friend suggested that they go to eat lunch, and Schaefer gladly went with him. As usual, he left the cover of the freezer up, since cold air sinks and would not escape from the box.

Returning from lunch, Schaefer was beginning to perform his experiments again when he happened to look at the temperature of the freezer. It had risen to a point higher than that required for ice crystals to remain solid. The warm summer weather had arrived without his noticing it. He would have to be more careful in the future.

There were two choices now. He could close the cover and wait for the freezer itself to lower the air temperature, or he could make the process occur faster by adding dry ice, a gas in solid form that is very, very cold. He chose the latter plan. He decided to try a container of dry ice.

As he dropped the steaming white dry ice into the freezer, he happened to breathe out a large amount of air. And there, before his eyes, it happened! He had made ice crystals, not by adding centers to the moisture but by cooling the breath so much that the liquid had to form crystals ! Schaefer called to his helpers to come and watch. Then he began to blow his breath into the freezer and drop large pieces of dry ice through it to create crystals which became a tiny snowstorm falling slowly to the floor of his laboratory.

If he could make snow in a freezer, Schaefer thought, why couldn't he do so in a real cloud? He decided to try it in an airplane with a machine to blow dry ice out into the clouds.

On a cold day in November, Schaefer and Langmuir saw clouds in the sky, and Schaefer climbed into the airplane. He realized he would have to fly some distance before finding the right kind of cloud—a big gray one that must be filled with moisture. Seeing one, Schaefer told the pilot of the plane to fly above the cloud. At the proper time, he started the machine, and dry ice began to fall from the airplane into the cloud below. When half the load of dry ice was gone, the motor stopped because it had become too cold. Schaefer had to think quickly. He merely threw the remaining dry ice out of the window of the plane • 80 •

and into the cloud below.

On the ground, Dr. Langmuir watched excitedly and saw snow falling from the bottom of the cloud. When Schaefer returned to the ground, blue with cold, Langmuir ran to him, shouting, "You have made history! " And indeed he had. Almost as soon as the news of his accomplishment was sent across the United States and around the world, a hundred other rainmakers were throwing dry ice into clouds—or "seeding the clouds" as it was called.

When Schaefer discovered that ice crystals could be formed without finding the right material to make centers for the crystals, he stopped searching for such materials. But another young worker at General Electric, Bernard Vonnegut began looking through a chemistry book for some chemical compound that might have the right size and shape to form crystals around it. He found what he was booking for. It was a compound called silver iodide(碘化银). He got some silver iodide and developed a way of burning it to produce tiny particles that would separate in the air and form snow—he hoped.

Finally he shot the material up into the air and waited for the storm. Nothing happened. He couldn't understand why. The compound ought to form enters for crystals. He asked a scientist to examine the chemicals he had used. There was the trouble. The silver iodide he had used was not pure.

He got more of the material, performed his experiment again, and there were the snow crystals! Today, scientific rainmakers generally use silver iodide, Which can be sent into the air from the ground by means of a simple, inexpensive machine. This process is more satisfactory than the use of dry ice which can be destructive. 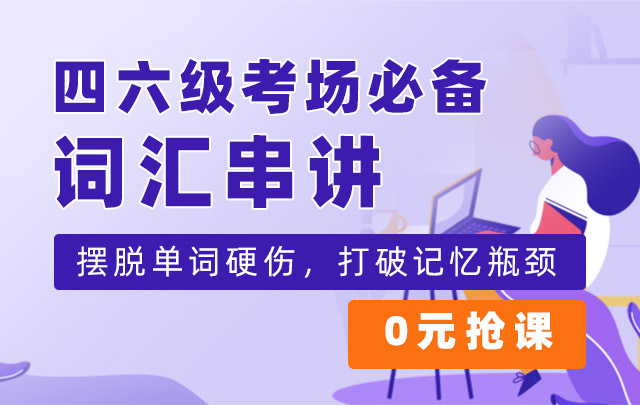