Among the more colorful characters of Leadville’s golden age were H.A.W.Tabor and his second wife, Elizabeth McCourt, better known as “Baby Doe”. Their history is fast becoming one of the legends of the Old West. Horace Austin Warner Tabor was a school teacher in Vermont. With his first wife and two children he left Vermont by covered wagon in 1855 to homestead in Kansas. Perhaps he did not find farming to his liking, or perhaps he was lured by rumors of fortunes to be made in Colorado mines. At any rate, a few years later he moved west to the small Colorado mining camp known as California Gulch, which he later renamed Leadville when he became its leading citizen. “Great deposits of lead are sure to be found here.” he said.

As it turned out, it was silver, not lead, that was to make Leadville’s fortune and wealth. Tabor knew little about mining himself, so he opened a general store, which sold everything from boots to salt, flour, and tobacco.『It was his custom to “grubstake” prospective miners, in other words, to supply them with food and supplies, or“grub”, while they looked for ore, in return for which he would get a share in the mine if one was discovered.』①He did this for a number of years, but no one that he aided ever found anything of value.

Finally one day in the year 1878, so the story goes, two miners came in and asked for “grub”. Tabor had decided to quit supplying it because he had lost too much money that way. These were persistent, however, and Tabor was too busy to argue with them. “Oh help yourself. One more time won’t make any difference,” He said and went on selling shoes and hats to other customers. The two miners took $17 worth of supplies, in return for which they gave Tabor a one-third interest in their findings. They picked a barren place on the mountain side and began to dig. After nine days they struck a rich vein of silver. Tabor bought the shares of the other two men, and so the mine belonged to him alone. This mine, known as the “Pittsburgh Mine,” made 1 300 000 for Tabor in return for his $17 investment.

Later Tabor bought the Matchless Mine on another barren hillside just outside the town for $117 000. This turned out to be even more fabulous than the Pittsburgh, yielding $35 000 worth of silver per day at one time. Leadville grew. Tabor became its first mayor, and later became lieutenant governor of the state.

1. Leadville got its name for the following reasons EXCEPT ______.

A. because Tabor became its leading citizen

B. because great deposits of lead is expected to be found there

C. because it could bring good fortune to Tabor

D. because it was renamed

A. to supply miners with food and supplies

B. to open a general store

C. to do one’s contribution to the development of the mine

D. to supply miners with food and supplies and in return get a share in the mine, if one was discovered

A. by supplying two prospective miners and getting in return a one-third interest in the findings

B. because he was persuaded by the two miners to quit supplying

C. by buying the shares of the other

D. as a land speculator

B. based on the analysis of miner’s being very poor and their possibility of discovering profitable mining site

C. through the help from his second wife

D. he planned well and accomplished targets step by step

5. If this passage is the first part of an article ,who might be introduced in the following part? 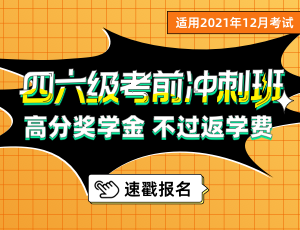